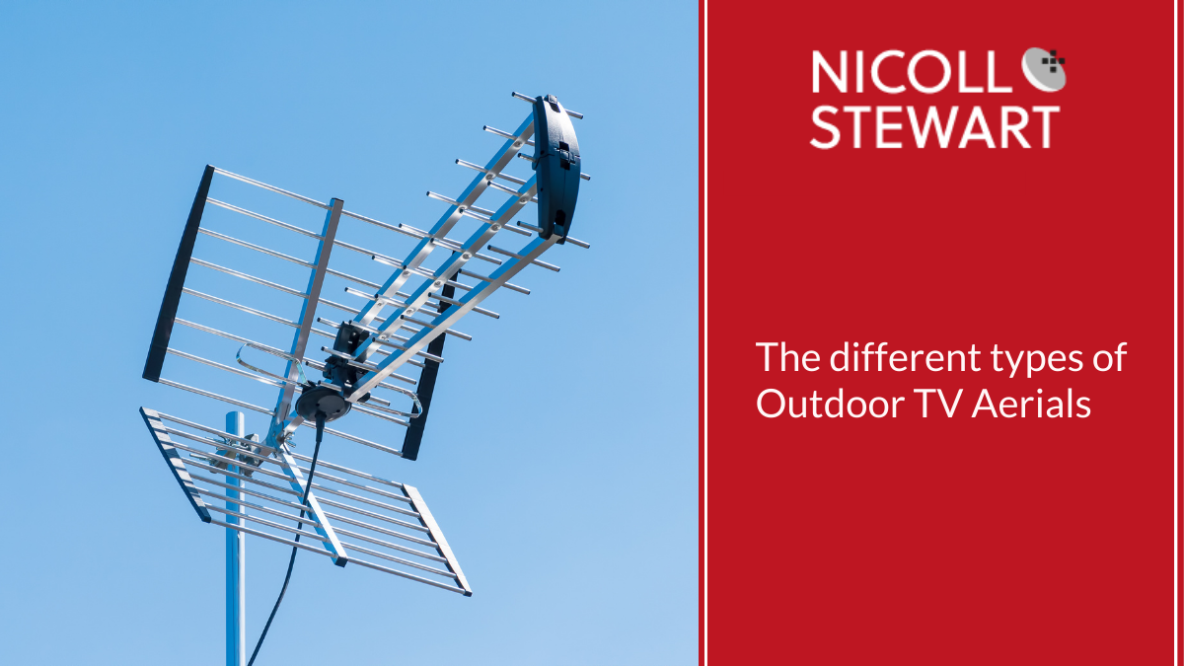 The biggest reason for outdoor aerials is simply better signal reception. If you are far away from your transmitter, or you have a weaker signal, an outdoor TV aerial will probably suit your needs best.

Figuring out the strength of the TV aerial you need, can sound pretty complicated, but it’s important to know to make sure you get the right aerial for your home.

The strength of the TV aerial you will need tends to be determined from your location. 75% of homes will need the standard 13 element aerial. For those that have a big distance between them and their local transmitter, the best option would be to opt for a 32 element aerial which provides a strong signal.

Homes with a really bad signal such as those who live out in the glens, or in areas with very little reception, may need a high gain aerial which will provide a much stronger signal.

As well as looking at the ‘element strength’ of the aerial. You may also see that different aerials have ‘signal up to 10DB or 20DB’. This can be used to determine the gain of the TV aerial and whether it will provide a good signal for your location. If that all sounds baffling, read on here for our simple guide.

Yagi aerials are the most common in the UK & Ireland. These aerials have a long rod which is called the boom. Off the boom you have (at right angles) smaller “elements” that pick up the radio-waves. The smaller and closer together these elements are the higher the frequency that the aerial is intended to receive.

At the back of the aerial, you have a reflector that blocks signals coming in from behind the aerial. Connecting in between the back reflector and elements there is a half wavelength folded dipole to which the coaxial cable connects.

A Yagi aerial works on the process that the elements resonate at a frequency, the dipole hen picks up and transfers onto the coaxial cable. The coaxial cable would then connect to your TV’s. The more elements in front of the dipole the higher the gain the TV aerial would be.

A high gain TV aerial is an aerial which is designed to increase the signal strength received from a transmitter. High gain Aerials will deliver more signal than a Yagi or Log Periodic TV. High gain TV aerials are required in weak signal and medium signal areas. They can also be used to deliver the TV aerial signal to multiple TV’s in a good signal area.

There are of course many slight variations within these groups and a few more types of aerials less commonly used and some even that have a specific use. If you have some questions or just need some help fitting your TV aerial, we will be happy to chat through the best solution for you. We are a friendly team of professionals, you can learn more about the
team and credibility of Nicoll & Stewart here.